Human placental extract constitutes of innumerable therapeutically important components mostly used in wound healing arising from the skin and burn injuries. However, there is still some bioactive present in the placental extracts yet to be characterized to better under the complex process of wound healing mediated by the placental extract. In this study, the presence of corticotropin releasing factor (CRF) in an aqueous extract of human placenta was detected and quantified by dot blot and CRF-ELISA immunoassay kit respectively. Subsequently, it was purified by immuno-affinity chromatography and quantified as 0.45 ± 0.05 μg of CRF per ml of placental extract where its molecular weight found to be 4.78 kDa by MALDI-TOF. To study functional analysis of CRF, an in vitro WI-38 lung fibroblast cell scratch wound model was used which indicated proliferation, motility of cells after treatment with purified CRF. Moreover, reduction in apoptosis rate of cells during closure of wound was observed from microscopy studies and FACS analysis. Also, Antalarmin, an antagonist of CRF type 1 receptor inhibited the wound closure potency of the purified component. Faster healing of wound with an elevation of IL-6 and TGF-β during early stages of repair by placental CRF was observed on excision rat model. The process of healing was accompanied by the decrease in the level of TNF-α and IFN-γ. 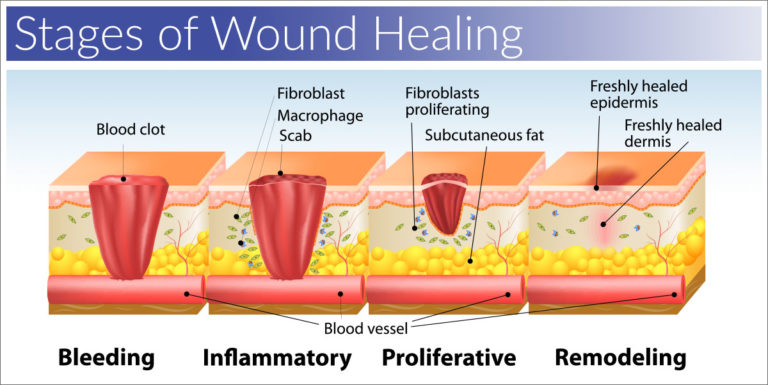 Management of infectious wounds, particularly chronic wounds and burn injuries, is a matter of global concern. Worldwide estimates reveal that, billions of dollars are being spent annually for the management of such chronic ailments. Evidently, bacterial biofilms pose a greater problem in the effective management of infection in chronic wounds, since most of the currently available antibiotics are unable to act on the microorganisms residing inside the protected environment of the biofilms. Accordingly, in the present study, we have attempted to evaluate the anti-biofilm properties of human placental extract (PLX) and also other virulence factors that are mediated via the quorum sensing (QS) signalling system. PLX is well known for its anti inflammatory action and it has been shown earlier some anti microbial and enzymatic activity also. PLX was found to produce significant inhibition of biofilm formation and also decreased the levels of pyoverdin and pyocyanin. The microscopic analysis (both light microscopy and atomic force microscopy) of biofilms was also used for substantiating the findings from spectrophotometric (crystal violet estimation) and fluorescence analysis (resazurin uptake). PLX pre-treatment decreased the hydrophobicity of gram-positive and gram negative cells, indicating the effect of placental extract on adherence property of planktonic cell, serving as an indicator for its antibiofilm effect on microorganisms. The reduced extracellular DNA (eDNA) content in biofilm matrix following treatment with PLX also indicates the effectiveness of placenta extract on bacterial adherence, which in turn serves as evidence substantiating the antibiofilm effects of the PLX. Furthermore, PLX was also found to be significantly effective in the in vitro wound biofilm model. Thus the present study, the first of its kind with PLX, establishes the therapeutic benefit of the same particularly in infected wounds, opening up newer avenue for further exploration.

For more information on Replay Placenta Extract, please complete the form or email us at: info@replayplacenta.com